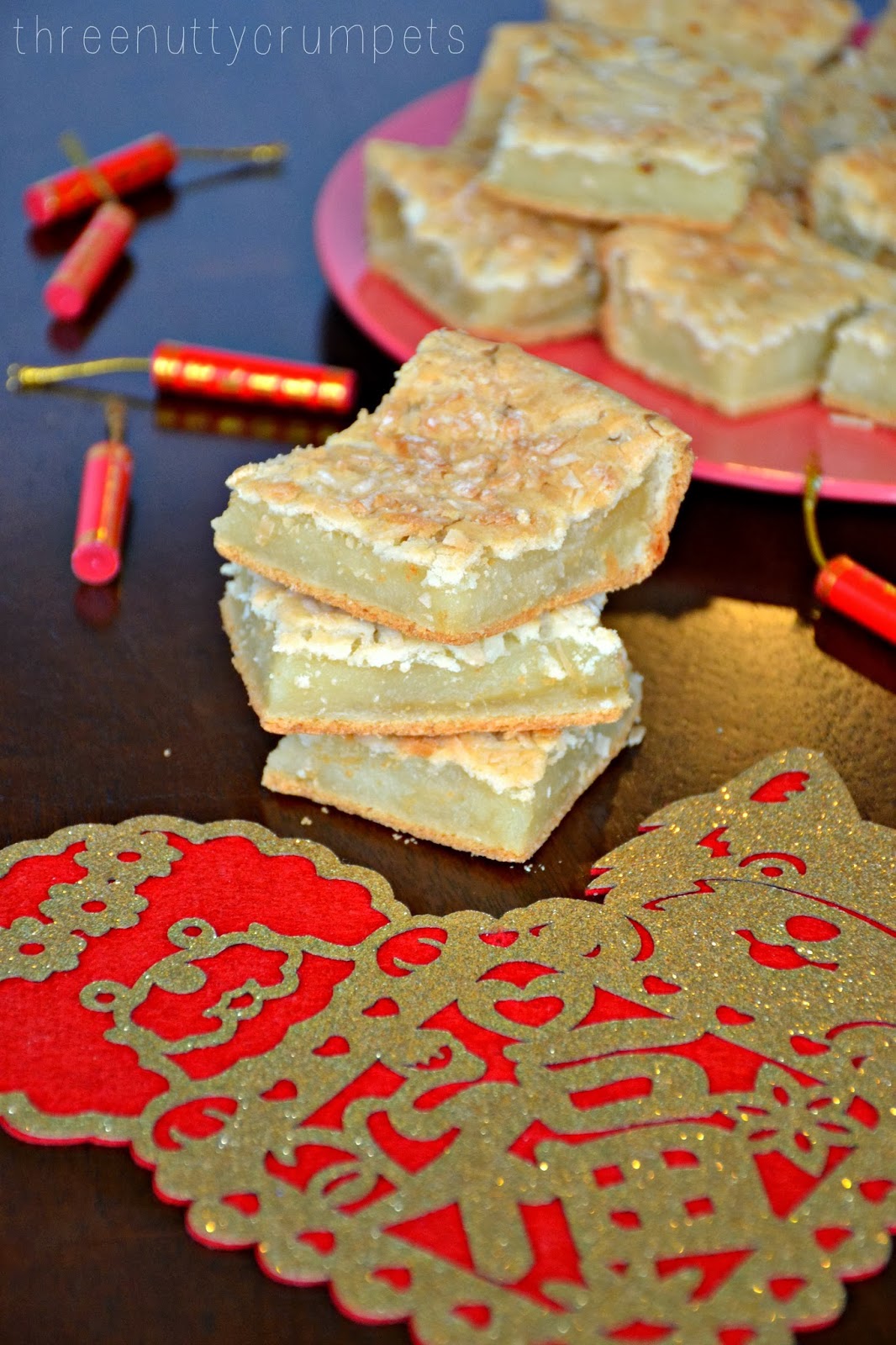 Chinese New Year, the time of year to take advantage of the special dishes that only make an appearance once a year and as kids, gather our year's income from red envelopes. Of all the traditional new year foods, my favourite has always been the sweet rice cake, known as nian gao (年糕). In Korean it's called dduk (떡) and in Japanese it's mochi. 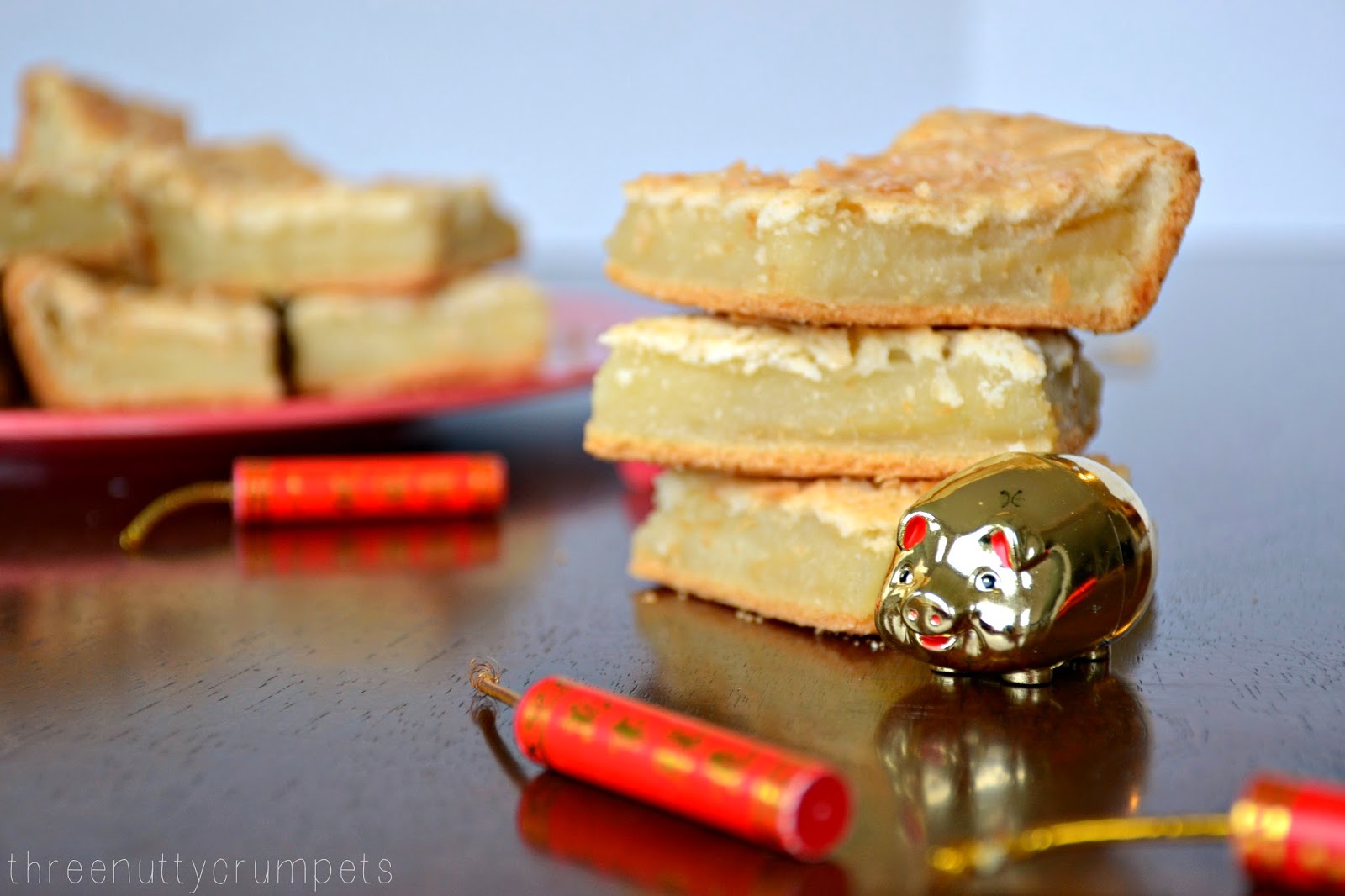 I can use the Chinese characters to further explain what nian gao is; the word nian 年 means 'year' and the word gao 糕 is 'cake'. However, there are a lot of different types of gao. The cake we know in English is dan gao, literally translated into 'egg cake'. There is also savoury so-called cakes, such as the radish or taro cakes that are also served during new years. Chinese is kinda confusing like that. 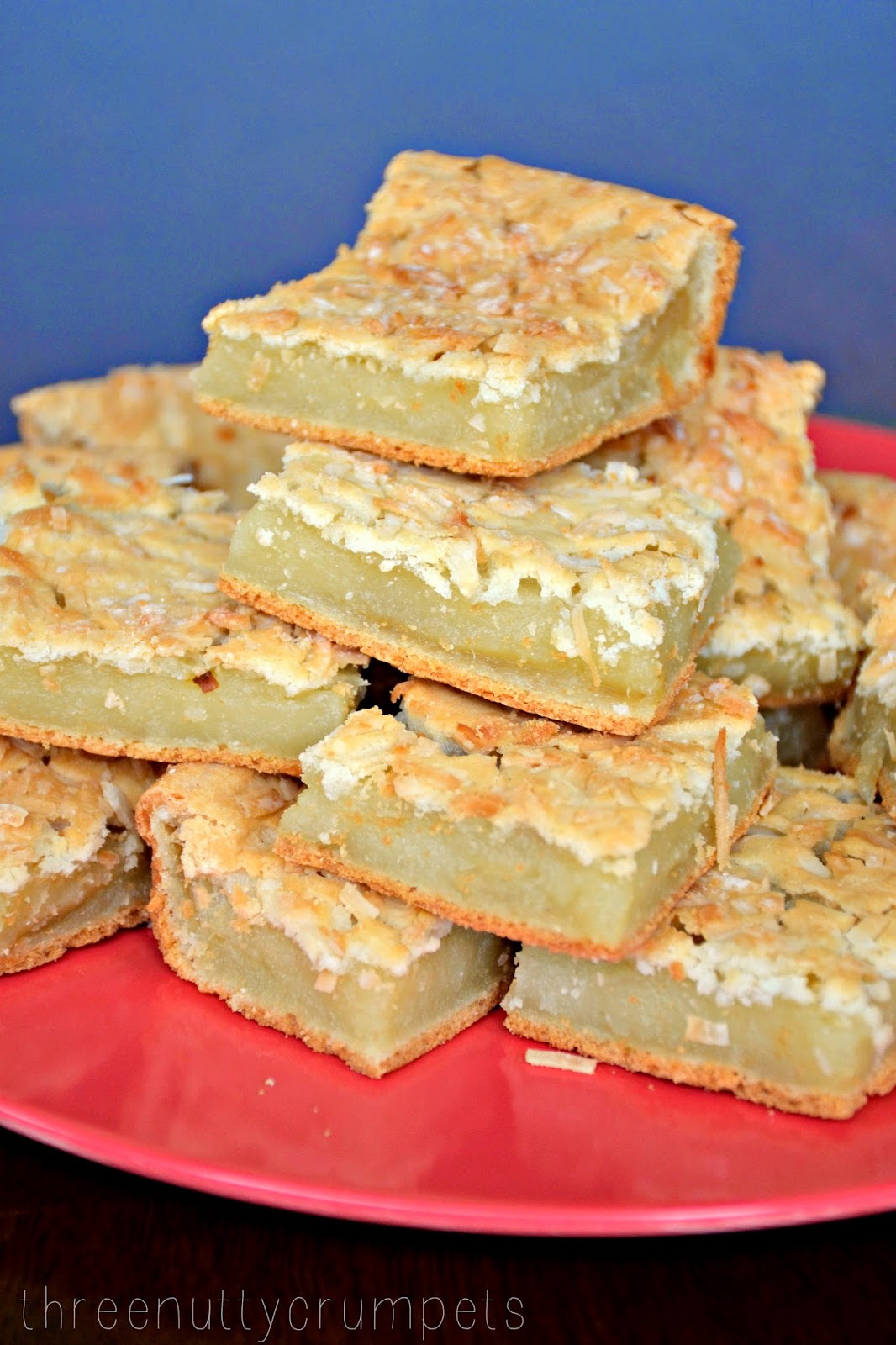 Back to talking about nian gao, the most traditional version of it is flavored with sugar (brown, white, or sometimes red sugar) and simply steamed. Once the nian gao is completely chilled, it is sliced up, dipped into beaten egg, and pan fried to a golden brown. A crispy layer on the outside and super chewy on the inside. I drool at the thought. My grandma makes an amazing lower sugar version, since she is diabetic, and it I look forward to a pan of it every year. 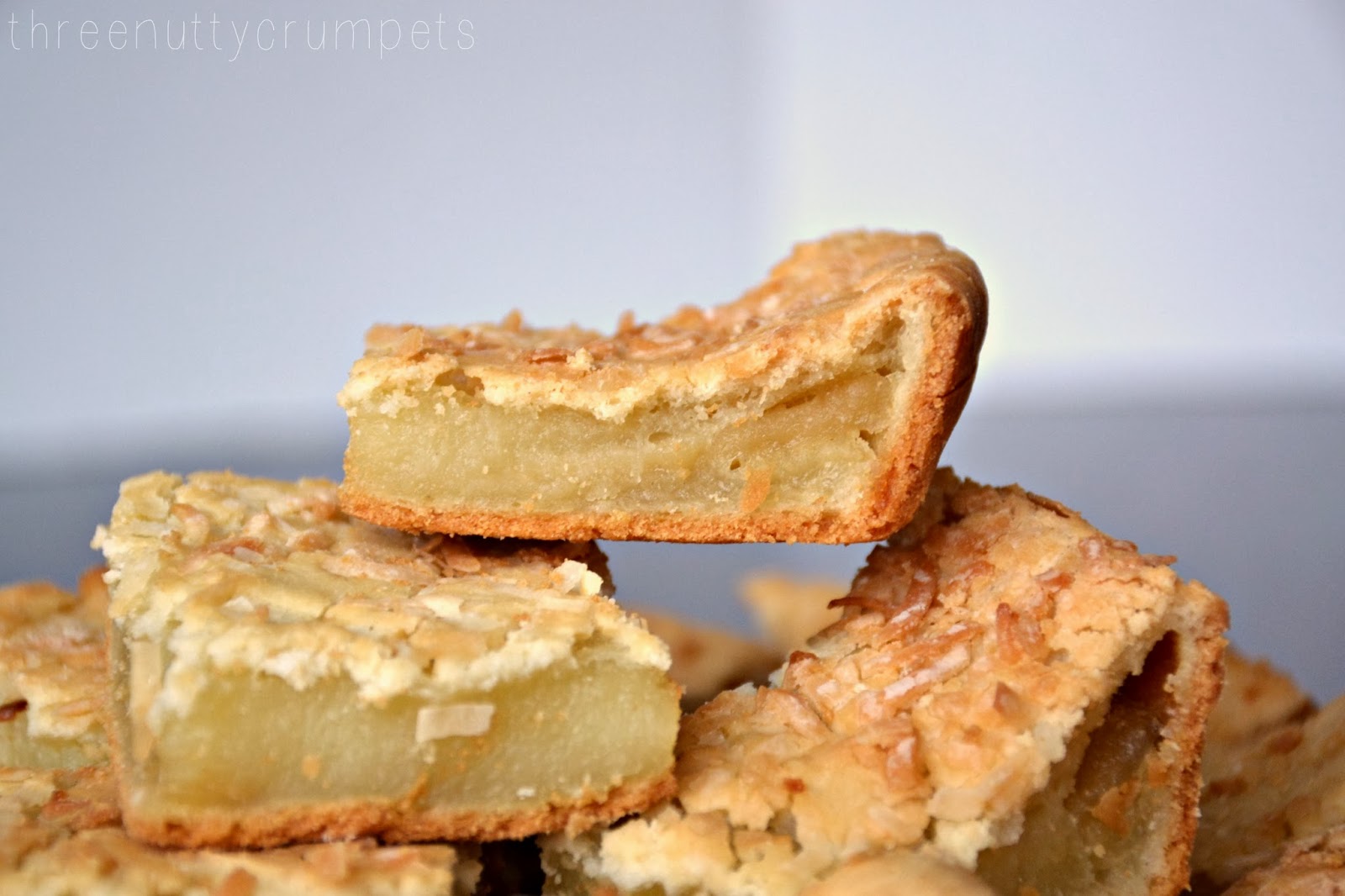 Another childhood memory of nian gao is eating the baked version at church potlucks. Other aunties would bring a big pan of it and I'd be the one to constantly re-visit the table to grab myself another serving. Now that I'm a cook myself, I want to recreate it at home. Two years ago, I began baking my own nian gao. I remember baking three or four batches in a week, tweaking the recipe each time, to achieve the perfect baked nian gao. And oh ho ho, whaddya know, my version is packed with coconut flavour! 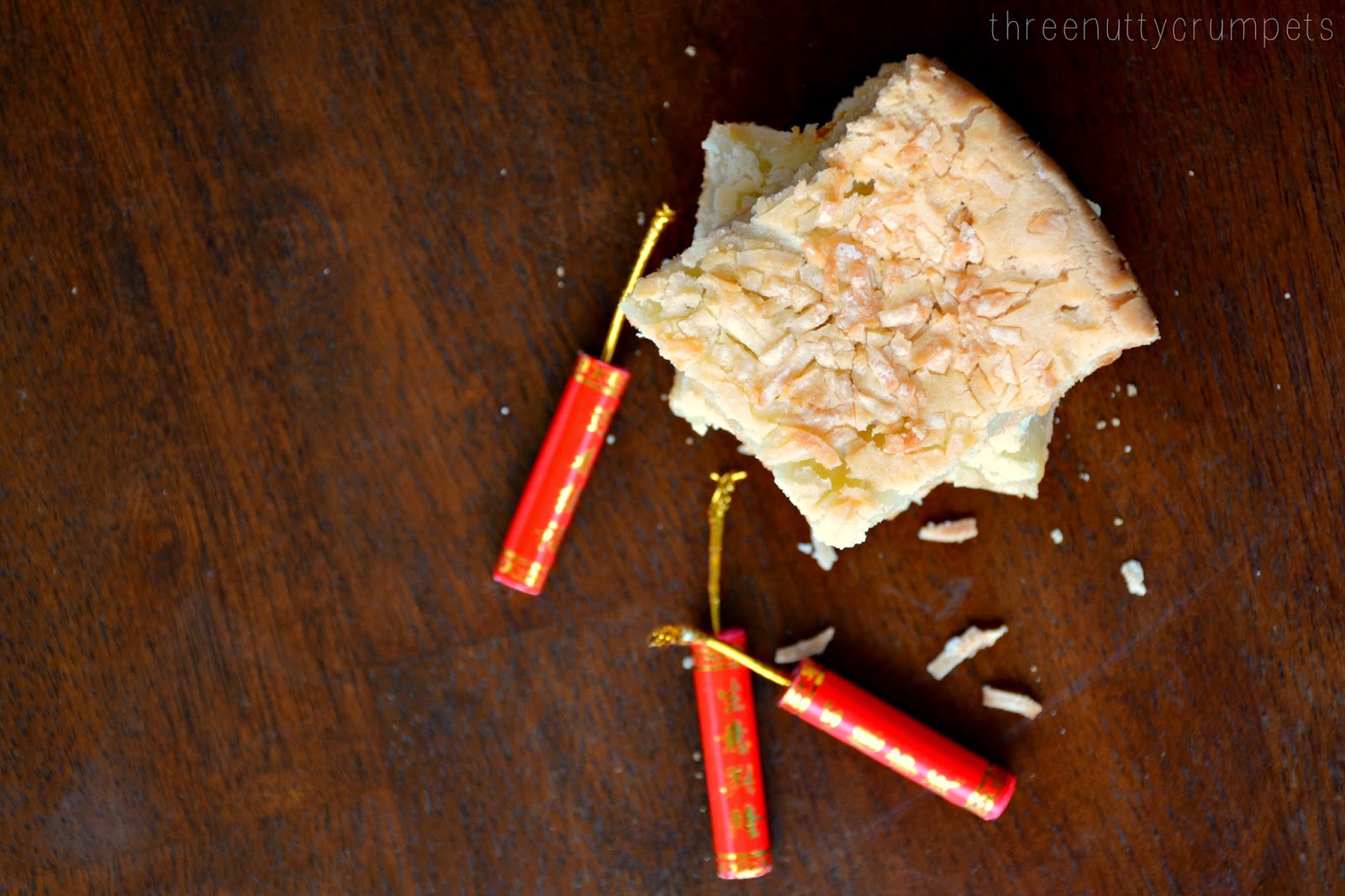 "Define perfect", okay, I accept the challenge.
This is another one of my perfected recipes, and I'm quite proud to call it my own. January 31st is coming quickly and this Baked Coconut Rice Cake would make for a delicious way to celebrate Chinese New Year. Please feel free to let us know how the recipe goes for you, we Crumpets love reading your responses! 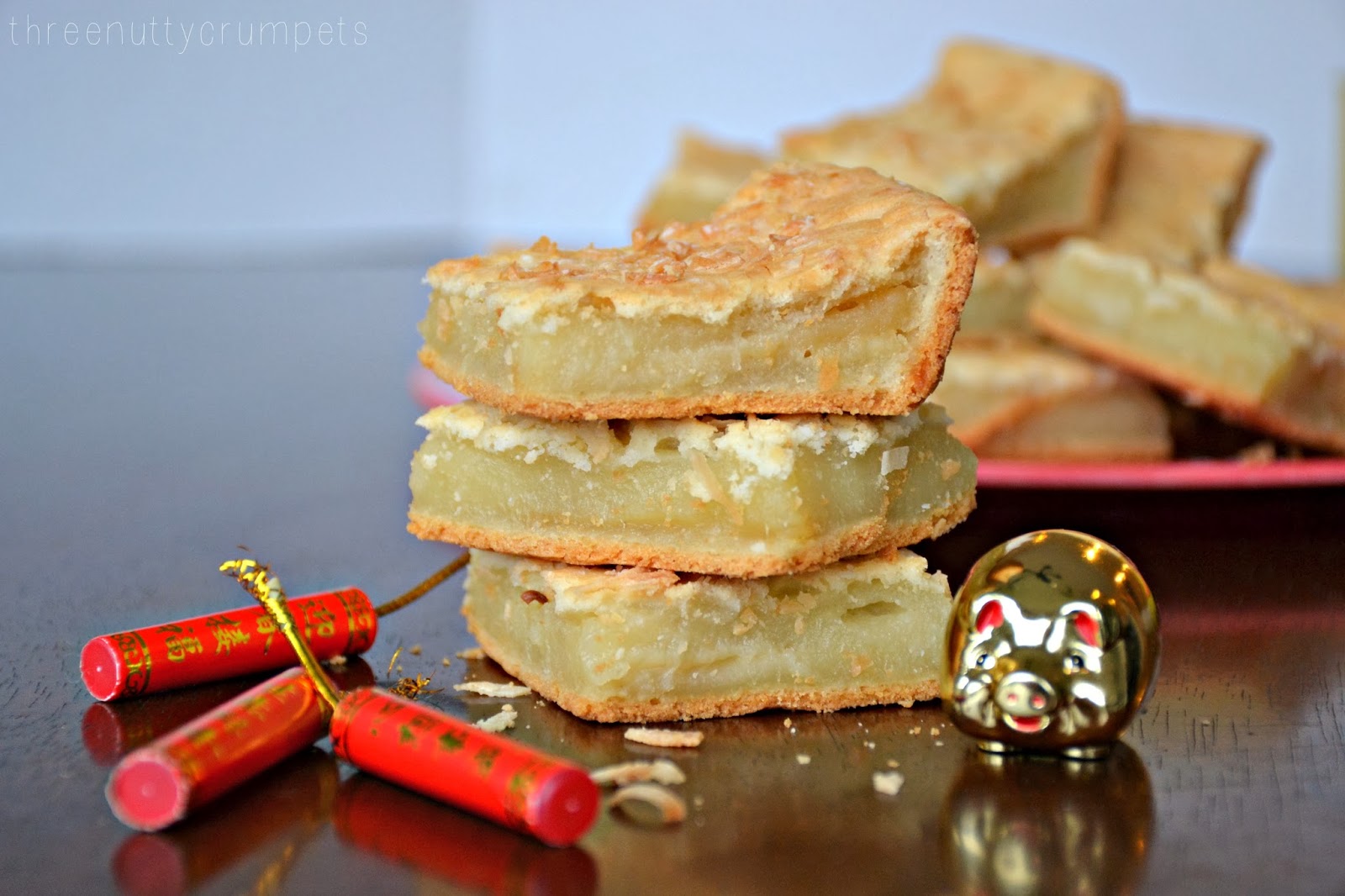 Three Nutty Crumpets
Meet Cathy and the two Rachels (aka Papaya, Coconut, and Peanut). Three slightly nutty girls with a passion for food. Sharing our adventures, eats, and creations with the world. We radiate with coolness.